I didn’t even know this was a thing but apparently it is. A good time to dust off the blog and post a few updates.

First, not too long ago, Jeffrey Pethybridge was kind enough to publish some excerpts from book 6 of the Aeneid as part of a translation feature on Likestarlings. Along with other parts of books 5/6 coming out soon in the Chicago Review and Shearsman Magazine, this represents the last of the work to trickle out this way before Shearsman Books publishes the whole of books 1-6 in fall 2015. More on this soon; for now, I want to express my gratitude to all the editors who’ve helped get this stuff out there, and the friends who’ve offered encouragement and feedback over the years. Special thanks to Dawn Pendergast at Little Red Leaves for her beautiful editions of books 1-4, and to Carrie Kaser for her brilliant illustrations.

Speaking of translations — segue! — Nate Klug sent me his Song Cave edition of some of Virgil’s Eclogues, titled Rude Woods. A completely different take than ‘my’ Virgil but one I’m excited about and envious of. 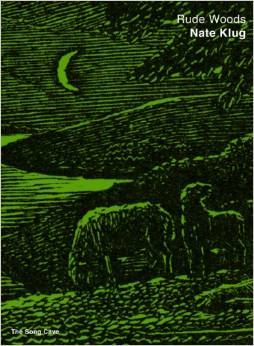 Now, of the old ways–ships defying
the seas, barriers between towns, ploughs
gutting earth–a few traces will still survive.
So a second Tiphys must be called back;
a second Argo for the Argonauts;
other wars, yes; and another Achilles
off again angering towards Troy.

Meanwhile, last week, I got to see / meet Michael Farrell as he read at the Western New York Book Arts Collective. He seems to flit between modes and styles with an amazing felicity and skill, and while I enjoyed his reading, I’ll admit that a lot of it zoomed by so quickly that I had trouble appreciating it in the moment. Good thing, then, that I picked up a copy of his new book Cocky’s Joy, which allows me to sit with the poems at greater length. 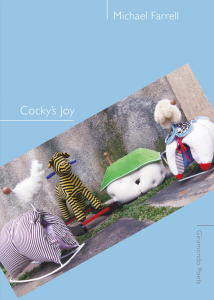 With their crotches they could crush, we’re told,
both the Sydney Harbour Bridge and the Opera
House in one turn of a tanning angle–they’ve
done it in Los Angeles before. They walk with
high heels on Venice Beach: they could make any
rock platform sand. At fifty still wearing bikinis
while lecturing on Whitehead, brushing students
from their hair…

Now, I don’t know about this blurb on the back of the book about him being “the most adventurous and experimental of contemporary Australian poets” — seems like a lot to live up to! — but I find an ease and humor in the poems that’s quite welcoming.